What’s So Special About March? Women’s History Month for One!

Digital Marketing: Why Customer Service Matters More than Ever These Days: Part 1

In this case, my client’s web redesign was behind schedule.  More and more deliverables were missed. Then, sadly, the project manager on the vendor side was fired.

At that moment, the vendors’ relationship with my worried client could have gone either way. 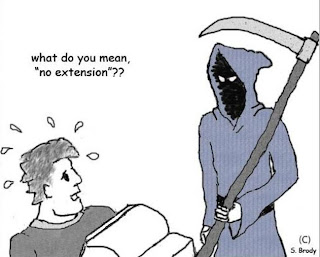 “We didn’t know that…we’re just hearing that…we’re doing that as fast as we can!”

The web company became increasingly defensive as the conference call went on.

That’s bad customer service.  Very bad.  Hard as it may have been, the vendor’s team should have been up to speed on the status of the orphaned account.   An apology and a confident promise to make things right, would have gone a long way!

The thing is, no one would have asked for their money back if that approach was taken – which the client ended asking for it in the end, BTW.

It all comes down to one key thing.

Relationships are what make or break us in business. We sit behind our keyboards and monitors so much that sometimes we forget those people skills that are critical in the business world:   Delivering on promises, accepting responsibility; demonstrating confidence in your team and their abilities.

A few years ago, I was working for the Fortune 100 tech giant Cisco.  This was during the beginning of the digital video boom.  Customers spent billions–on bandwidth and teleconferencing.

Why?  So they could look into the faces of the people they were working with, so they could see eyes, expressions, get the vibe-

Relationships matter and they matter a lot.

So let me ask you this, when the tough gets going what are you doing to maintain your business relationships?

Part 2: Hollyhocks and local TV—two very different customer service case studies (in more ways than one).  Tune in, as they say.

My passion for results goes beyond professional pursuits. I am a global facilitator and co-organizer of Startup Weekends and serve as an advocate and volunteer for many local charities including Food Bank of Central/Eastern NC, North Carolina International Affairs Council and Connected Women of North Carolina. Plus, I have served as the President for the Triangle Interactive Marketing Association,

This site uses Akismet to reduce spam. Learn how your comment data is processed.

In a Nut Shell

Check Out Some Presentations onSlideShare.